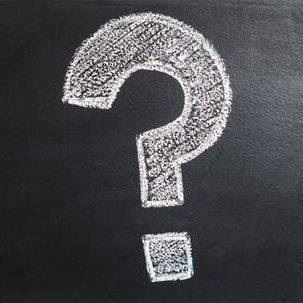 Bullet vs. Dome What Style of Security Camera is Right for Me? 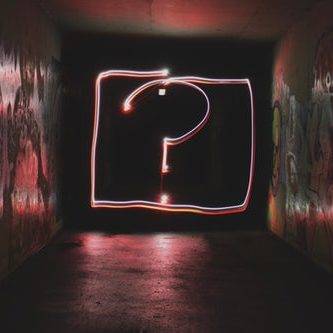 So you have decided that you want to get a security camera system for your home or business, now you need to decide on the right one. One of the decisions you will be faced with is what style of security cameras will work best for you. Security camera housings or styles can typically be broken down into two categories, bullets and domes. There are some other less common styles available as well, but for simplicity's sake we are just going to focus on those two. Many performance related features will be available in both kinds, but there are some key differences. In this article we are going to highlight those differences so that you can make the right decision for your IP security camera system. 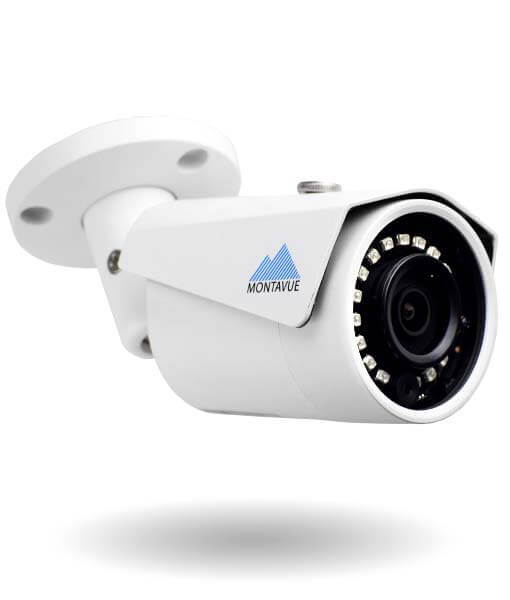 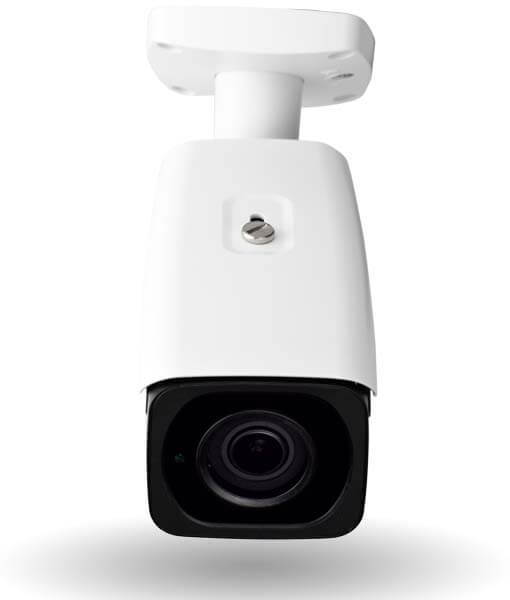 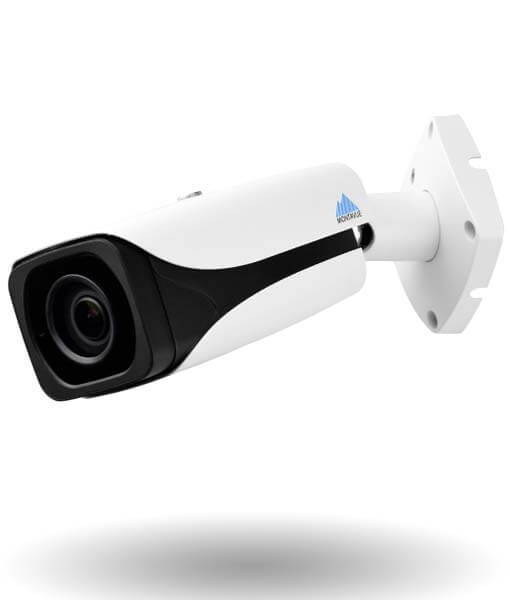 More bulky and obvious- These cameras tend to stick out and are usually easy to spot. They work well when you want it to be known that security cameras are there. They are great to use for industrial settings, traffic monitoring, and in high crime areas.

Easier to mount-  Bullet cameras are easier to mount than their dome counterparts. This is because you don’t need to take the housing apart at all. You can just hold that camera where you want it and screw it on.

Easy to redirect/aim-  This is because of the mount that they come on which makes it easy to point and aim them.

Tend to be used outdoors-  While most modern bullet and dome cameras will work both indoors and outdoors, people usually use bullets outside. This is in part because of their bulky appearance discussed above. Another reason is that they usually have a “visor” or lip over the lens that can help with glare and weather.

Typically wall mounted-  While bullet cameras can be mounted on a ceiling/soffit, most people use them for wall mount situations. If you have a situation that will only allow you to mount on the wall, bullet cameras are usually the ideal choice. This is because it is more difficult to aim dome style cameras from flat on a wall (although wall mounts may be available). 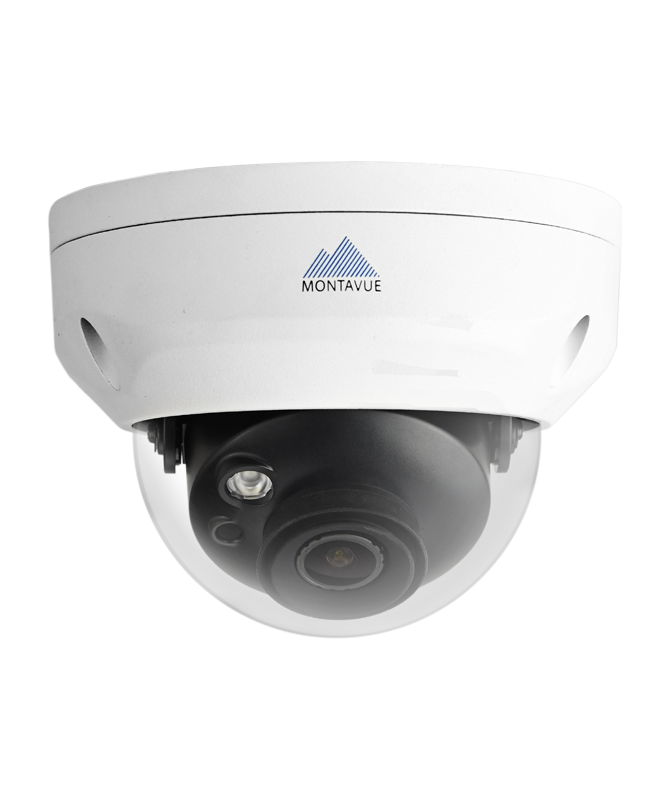 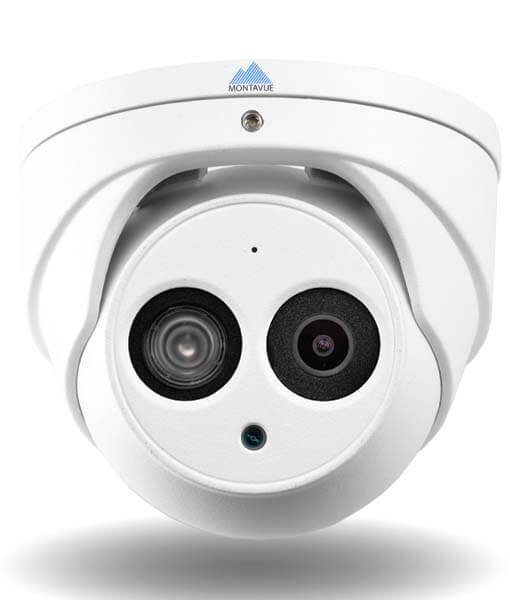 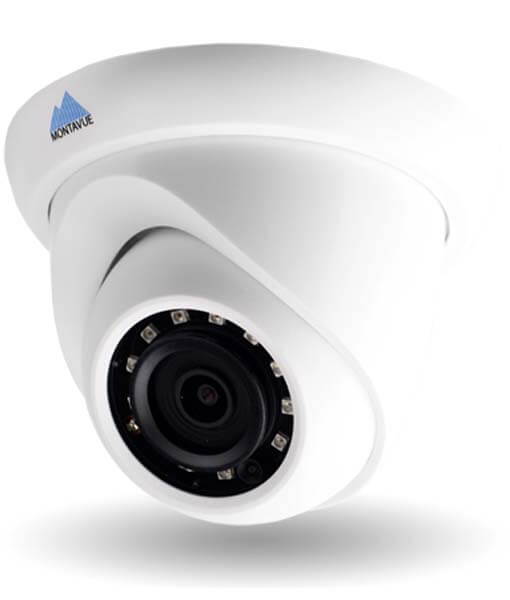 More options- Dome style cameras include vandal domes, turrets, and eyeball cameras (see images above). This means there are many more options to choose from.

Less intrusive, seamless, and cleaner-  The look of dome cameras is usually more aesthetically pleasing. Due to this, dome cameras are usually used indoors and in retail settings, restaurants, casinos, etc. This is because people tend to feel more comfortable when there isn’t a bulky bullet camera aimed at them.

Difficult to redirect or damage-  Another benefit of the vandal domes is that they cannot be redirected as easily as bullet cameras. It is much easier for a criminal to change where a bullet camera is pointed in an attempt to avoid detection. With the vandal dome, they would have to remove the cover to change where the camera is aimed (all while being recorded). In addition, the vandal cover itself makes it much more difficult to damage the camera.

More difficult to install-  A downside of the dome style cameras is that they can be more difficult to install. This is because you have to take the housing apart in order to mount the base of a dome camera. That being said they are still fairly easy to mount, they just require a few more steps than a bullet camera.

Typically ceiling or soffit mounted-  While bullet cameras are typically mounted on walls, dome style cameras are usually ceiling/soffit mounted. They can be mounted directly on walls (and some of them have wall mounts available), but it is slightly more difficult to aim them when they are.

As you can see, both styles of cameras are very versatile and have their own benefits. In most cases the decision of which one to use comes down to aesthetics, what will look better on your house/business. In many cases a combination of bullets and domes will achieve the best results. If you have any questions or need any advice about which cameras are right for you feel free to call or message our team of security experts. 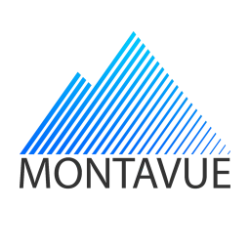 A short sentence describing what someone will receive by subscribing

Track Moving Objects Better Than Ever Before With Auto Tracking 3.0